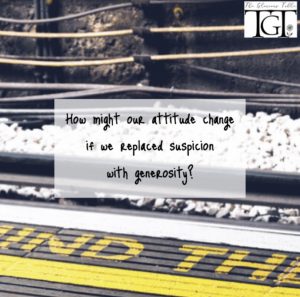 I dropped my Kindle under a train yesterday.

Luckily, some people getting on the train behind me noticed my partially open backpack spitting my e-reader into the gap between the platform and the train, and they alerted me to my potentially tragic loss. While tragic is probably too strong a word, I do love my almost brand-new Kindle in its distinctively purple case, and my heart sank as I saw it lying well out of reach under the train.

An Amtrak employee reassured me he could help, so while the rest of the passengers boarded the train, I nervously stood waiting for him to perform his rescue mission before the train pulled out of the station.

The process by which he got under the train was like something out of a Transformers movie. He turned the boarding platform into a set of steps he could descend to the tracks below. With me cheering him on, he quickly and efficiently scrambled under the train, snatched up my wayward belonging, and put the platform back together just in time for our departure. In my usual dramatic fashion, I loudly declared him my hero as I zipped up my backpack and lurched forward to find a seat on the already moving train. For the rest of our journey, I took special note of the conductor’s repeated admonition to the passengers to “mind the gap.” No kidding!

“Mind the gap” is a phrase most often associated with the London Underground. Its purpose is to remind passengers to take caution while crossing the spatial gap between the train door and the platform. In most rail stations in London, the words mind the gap are prominently displayed in numerous places and repeated in audio warnings. Because this meaning of the word mind has largely fallen into disuse in American English, I find the particularly British word choice charming and much more memorable than the traditional watch your step.

I recently heard a sermon that offered the invitation to think about the phrase mind the gap in the context of the increasingly widening gap in our society between those who disagree. We are living in contentious times. The advent of social media interactions, the intensity of emotions around political differences, and fierce disagreements within the church about biblical interpretations of social issues combine to make every conversation a potential battlefield. Because our core values are often involved in these discussions, every interaction feels fraught with emotional danger. The real or even perceived gap between my neighbor and me is often filled with anger, hurt, and self-righteousness—even hate.

With election season upon us, what would it look like to intentionally, thoughtfully, and perhaps lovingly mind the gaps between us in a different way? Even when it feels personal? Even when our most important values are at stake? Even when some of the issues are literally life and death?

First, we must acknowledge the gap exists. To remain in relationship and continue conversation, sometimes we need to slow down long enough to say something like “Sounds like we disagree, but I’d like to understand more about why you feel the way you do.” My tendency in highly charged conversations is to keep talking more and more loudly to change the other person’s mind, rather than listening and seeking to understand their position. When the gap between us is filled with self-righteousness rather than grace, everyone becomes entrenched in their positions, and the divide widens.

In our desperation for simple solutions and easy answers, we’ve become increasingly intolerant of nuance. We confuse dogmatic certainty with strength of conviction. While some issues are clearly black or white, in many more instances the landscape is full of gray. Living with tension, mystery, and uncertainty on the road to creative resolution requires us to entertain the possibility that a person with differing views might have something worthwhile to contribute to the conversation and a good reason for believing the way they do. As we consider the motives of the person on the opposite side of an issue we care about, how might our attitude change if we replaced suspicion with generosity?

Bridge builders are willing to lay down their need to be right. When I think about the hot-button issues about which I feel most strongly, the gap between the two sides of the argument seems insurmountable, the chasm between “right” and “wrong” a million miles across. But when I’ve taken the time to truly, thoughtfully, carefully listen to someone on the other side of the issue, the divide becomes smaller. While we may still disagree, in most cases we have plenty of common ground on which to build. At times, I discover more unites us than divides us. When I let go of my anxiety about proving my point or winning the argument, the gap begins to shrink and connection and community begin to grow.

Even if we check a different box at the polls this month or worship with a different community of faith this weekend, we can choose civility, respect, and generosity in our interactions with our neighbors with whom we disagree. Minding the gap is a choice we make with each interaction, and it’s a worthy goal as we consider the kind of society we want to pass on to the next generation.

Read more on The Glorious Table 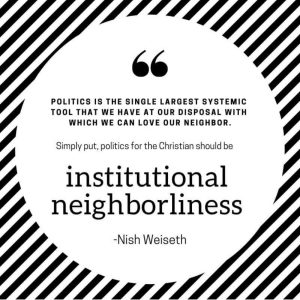 Although I originally wrote these words two months ago, they were first published last week on the contributor blog, The Glorious Table. I am posting these thoughts here on Election Night, after a day of handing out sample ballots at the polls and being glued to election coverage. Although we must learn to listen to one another more deeply, we also must take a stand in difficult spaces to co-create with God the world we want to live in. We can speak truth in love. Faith in action. Praying with our feet. Kingdom Come, on earth as it is in Heaven. 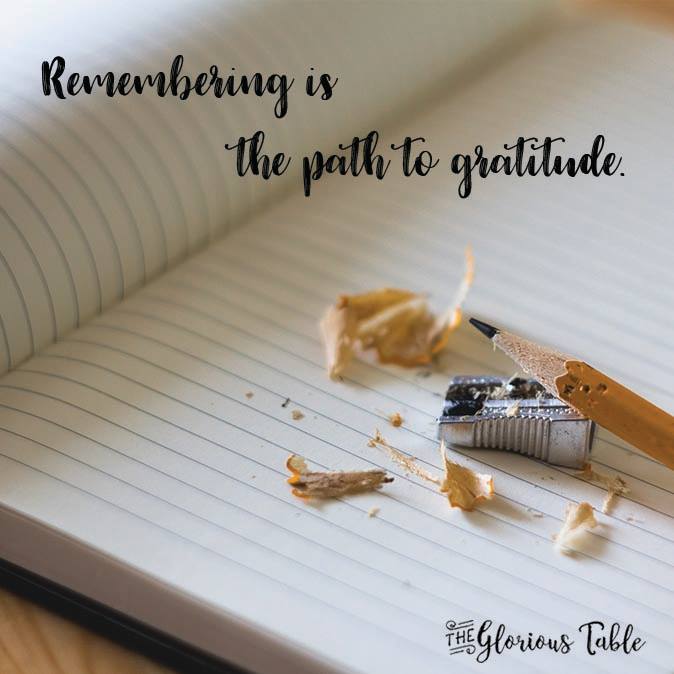 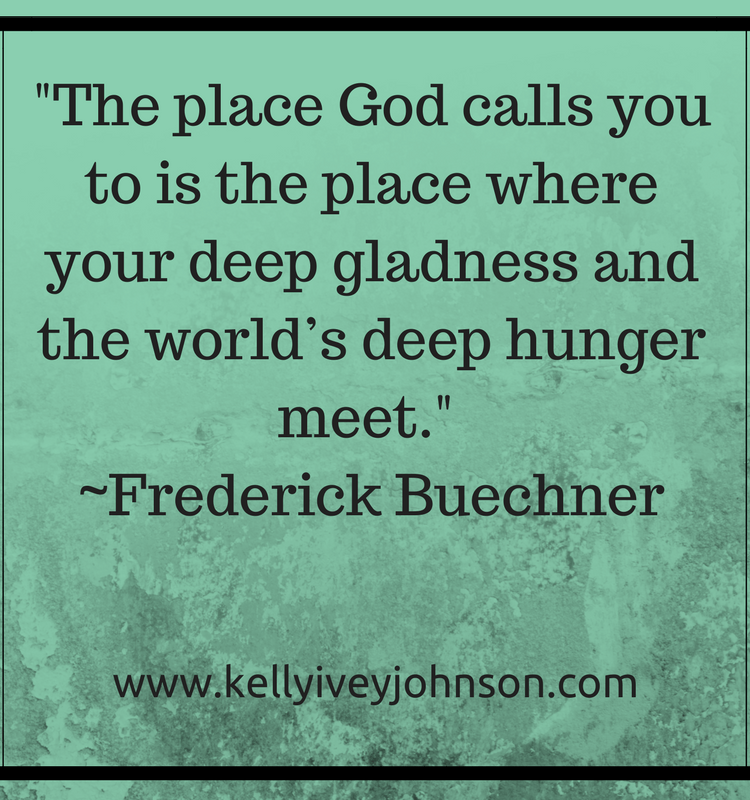 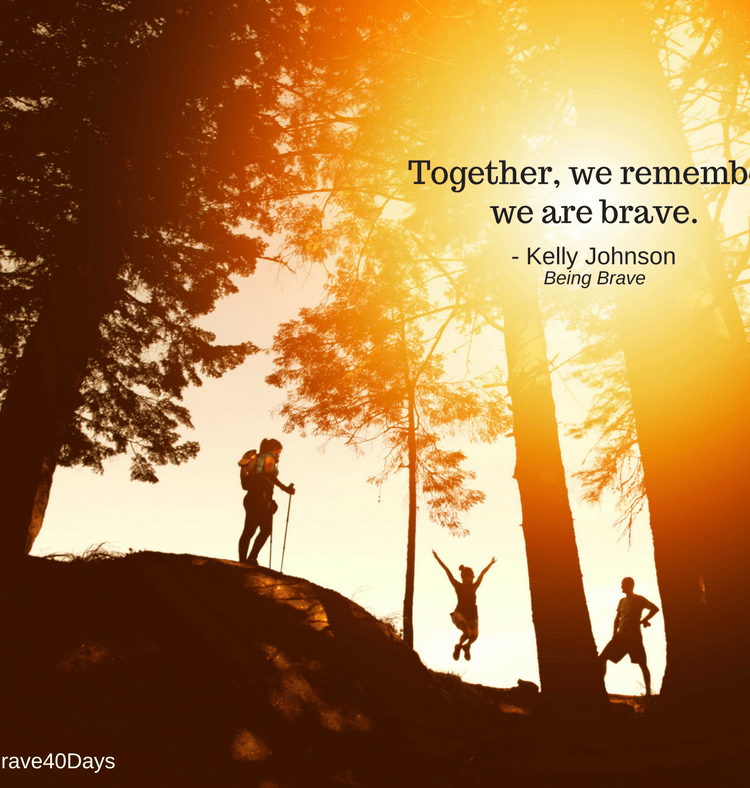 An Invitation for YOU! 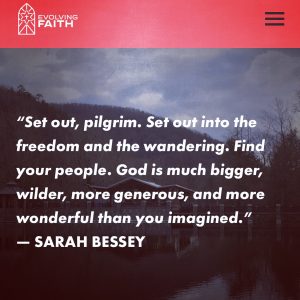