My first date with my husband was November 14, 1980.  I was 16 years old and we were juniors in high school.  That December, shortly after we started dating, we both attended a week long Young Life ski trip in Colorado.  Because we lived in Texas, a ski trip to Colorado required two very long bus trips.  On the way home, our bus broke down and we ended up sitting for hours waiting for a new bus.  All told, the bus trip home took close to 24 hours.  While that sounds like a special kind of hell to me right now, we were young and being trapped for hours with all of our best friends was mostly fun.  The chaperones, of whom I have no memory, probably would not have agreed!

For some reason, I first met my future mother in law immediately after our return home from that 24 hour long bus trip.  The reason I remember this 35 years later is that the moment I met her, she took my picture!  Sleepy faced with messy braids, I’m sure I did not feel ready for a photo shoot.  But, as she always did, Norma Jean Johnson told me that I was beautiful with such enthusiasm that I was charmed into participating and probably grinning from ear to ear.  I wish I could find that picture now.  I soon learned that having your picture taken was just part of living in NJ’s world, so you better get used to it!  My children can blame her for my own tendency to capture every moment on film.

Except for my own mother, there is no other woman in the world who has had more influence on my life than Norma Jean.  From the moment I met her, literally, she has never stopped telling me that I am beautiful, smart, and loved.  Every time I see her, she tells me repeatedly that I am a wonderful wife to her son and an amazing mother to her only 2 granddaughters.  She routinely calls to leave a message on our answering machine just to tell me that she loves me and is proud of me.  One of those messages, providentially occurred when Steve and I were going through some fairly serious bumps in our marriage several years before the girls were born.  Her message that particular time explained she had been thinking about me and just wanted me to know how blessed they felt to have me as part of their family.  She went on to say that Steve was lucky to have me as his wife and she was so grateful that we had found one another.  I remember us listening to her message together, our eyes meeting as we nodded in agreement with her words.  We got back to the hard work of saving our marriage and I told her later that God had used her at just the right time to speak truth to us before it was too late. 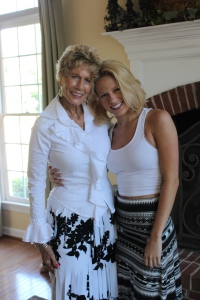 Norma Jean is a quintessential southern lady with a little bit of Cajun redneck thrown in to spice things up.  She is beautiful and charming, the life of every party.  She loves to dress up and routinely wears high heels when everyone else has abandoned fashion for comfort.  Just a few years ago, while in her early 70s, I picked her up from the airport and found her dressed almost entirely in black leather.  Tastefully Texan, with a little bit of flash and a whole lot of class.  To sum up her style, you should know that she routinely wears capes and totally pulls it off.  The photo to the right was taken the weekend of Brooke’s graduation in June of 2014.

Norma Jean has a deep faith and is a fervent believer in the power of prayer.  She trusts that God listens to and answers her prayers and does not hesitate to tell others about those beliefs.  She often exclaims “I wake up every morning praising and thanking my Lord Jesus.  I am so blessed.”  She is compassionate and caring, and is the definition of never met a stranger.  I took her with me a few times to the Lamb Center where she jumped right in talking to the guests and listening to their stories.  At the end of one of our bible studies, I turned to find her holding a sobbing woman whom she had just met in her arms, whispering words of comfort and encouragement.  She makes friends wherever she goes.

Lest I paint an unrealistic picture of a plastic, too-good-to-be-true person, let me assure you that she is not perfect.  Like most of us, her strengths can also be her weaknesses.  The character traits that make her spunky and determined, also contribute to her being stubborn and opinionated.  We have many stories in our family of her digging in her heels determined that she is right against all evidence to the contrary.  Even though it can be slightly maddening at times, I secretly admire her resolve and plan to be just as intractable when I am the matriarch.  She is one tough lady! 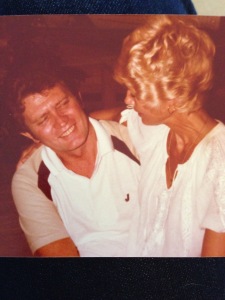 No description of Norma Jean would be complete without mentioning the great love of her life, my father-in-law, Darwyn.  Married for 56 years, together since they were children, theirs was a lifetime love affair and an example to all of us who witnessed them love, fight, laugh, and enjoy a lifetime together.  We lost him to cancer in December 2013 and we are all still grieving.  She told me just this last weekend that he was her “knight in shining armor.”

As you can see, I adore my mother in law.  Which is why this past weekend with her in Texas was so hard.  But also very, very precious.  As one of my favorite authors says, it was “brutiful;” equal parts brutal and beautiful.  Norma Jean has issues with her memory and it is getting worse.  This weekend included some difficult conversations about the level of help that she now needs and what we wanted to do to make sure that she is safe.  Like the many families all over the world faced with similar issues, this is untraveled territory for us and it is awkward, uncomfortable and sometimes deeply painful.  Luckily, I married into a family of great strength, deep love and a tremendous sense of humor.  Lots of tears this weekend, but an equal amount of laughter as we teased one another and looked through stacks and stacks of old photos.  My sisters and brother by marriage are amazing human beings, due in part, I’m sure, to the influence of this funny, compassionate, determined lady who raised them.

Because it is difficult to get good Mexican food around here, we look forward to it when we are in Texas.  One night at a local Mexican restaurant this past weekend, I noticed Norma Jean interacting with a little girl at the next table.  She was telling her how pretty she was and what a nice smile she had.  The little girl, probably around 9 or 10, lit up like a Christmas tree under the glow of Norma Jean’s praise and spent the rest of the evening dancing by our table to shyly smile at her.  Vintage Norma Jean: in spite of the deficits in her ability to do some of the things she once did, the essence of her personality and her desire to spread love and encouragement remain undiminished.

As I told her this weekend, in spite of these unwelcome changes, God still has plans for her and she has a lot more joy to spread.  She is still our Norma Jean. 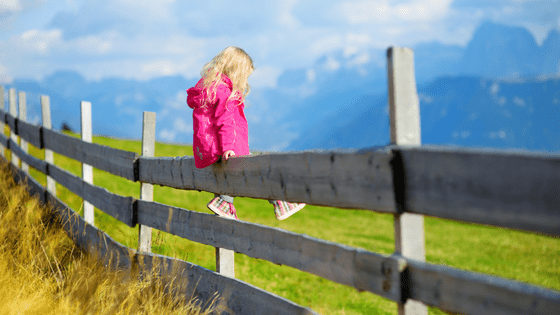 What Being Brave Looks Like: The Once Timid Tiger 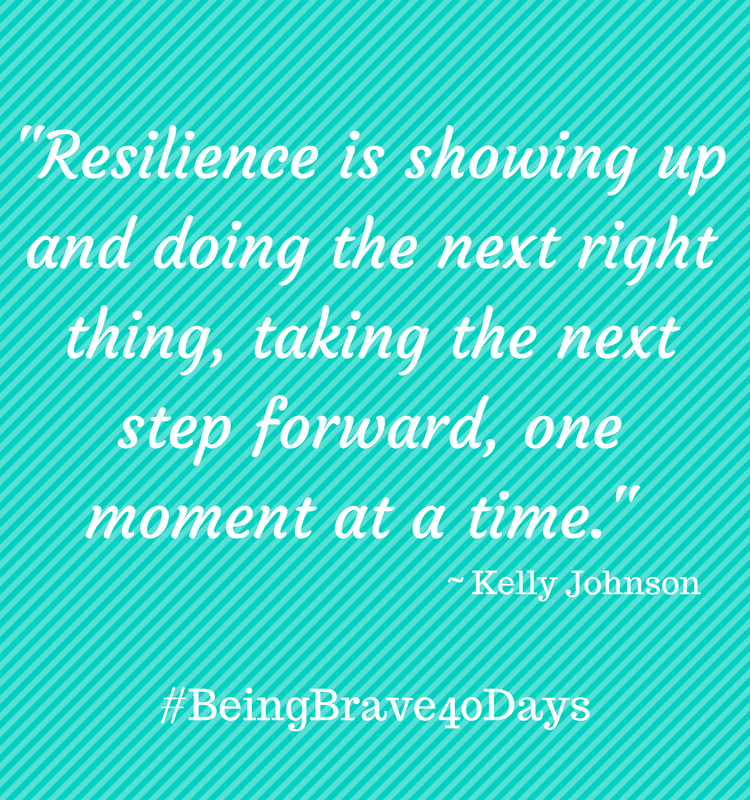 Thoughts from Quarantine: Today I Put On Pants 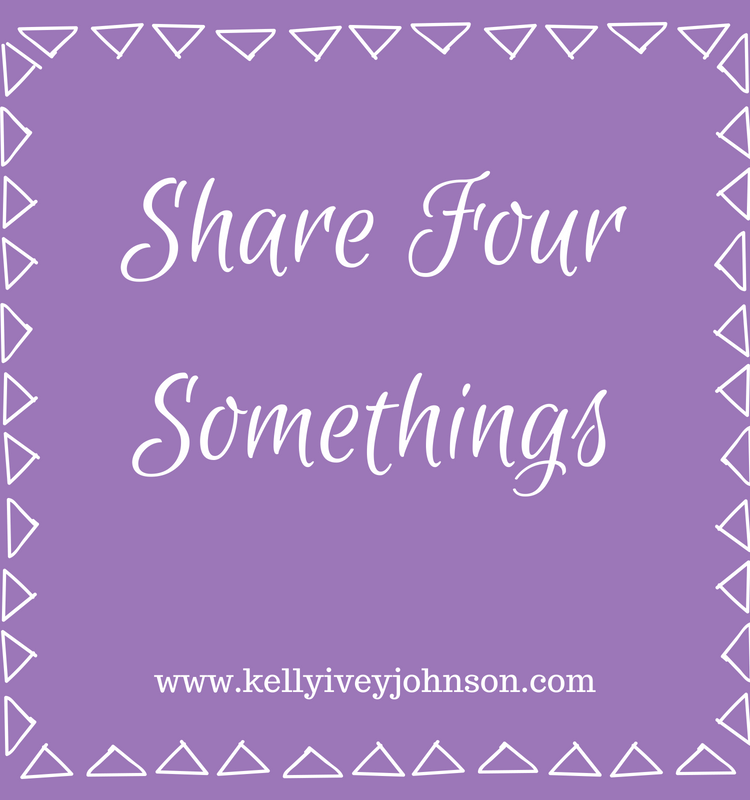