Being brave looks different for each of us. Each time we step out of our comfort zone towards a deeper realization of why we are here, we begin to understand what it means to be brave. As our brave little book makes its way out into the world, I thought it might be interesting to ask some new and old friends to share their brave stories here on the blog. The invitation was simply to answer this question: “What does being brave look like for you?”

In coming weeks, I hope to share stories, poems and reflections from a wide variety of my brave friends who have agreed to answer that question in their own unique voice. Today, please welcome our first guest, Elisa Johnston. I am crazy about the work Elisa is doing with her organization Average Advocate and the LBD.Project, and I think you will too. Here is Elisa’s story! 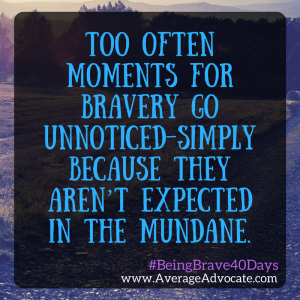 Every once in awhile the mundane becomes interesting. It is when the interesting requires us to be brave and bravery is chosen over fear, a story is born. Currently, I am living one of those stories through the LBD.Project as I try to choose bravery in those “interesting” moments.

About seven years ago I was particularly annoyed at the mundane of adulting. Every week was the same: my husband went to work; I found work to do. There were kids to raise, we went to church, I had mommy groups and life kept chugging on. Ironically, those watching me might have described my life as anything but mundane. At the time I was already blogging about social issues, was involved in starting a new model of helping kids in poverty through local schools, and I was founding NOVA HTI, an anti-trafficking non-profit in the D.C. Metro area.

I already was living many stories in the mundane. In fact, the greatest of these–growing deeper in my relationship with God and learning the art of creating a home for my family–were so “normal” that I struggled with validating their importance.

Although we might not always see the beauty of the stories we are living, there they are, hidden in our daily courageous choice to face the world again, to persevere, to believe in investing in things we might not see any fruit from for five, ten, or thirty years–sometimes not even until after death.

We need to remind ourselves that perseverance is also a story of bravery.

However, sometimes it is time for a new story to start. In ancient Greek, these moments of time, of choice and opportunity, are called kiaros. Jesus also used the word kiaros–not to describe chronological time, but to draw attention to the moment when God intersects our lives with a chance to move in a new direction in faith.

A kairos moment might seem like an epic chance to be brave, however, more often than not, these opportunities go by unnoticed or ignored. They are that double-take, a tug at our spirits, an uncomfortable feeling, or a fleeting awareness. We might consider stopping to ponder this awareness, the “interesting.” But usually life keeps going and that moment dissolves.

Too often our moments for bravery go unnoticed simply because they aren’t expected in the mundane.

Too often our moments for bravery go unnoticed simply because they aren’t expected in the mundane. Click To Tweet

Although I was already living a handful of stories seven years ago, God had another story for me to step into from my routine of life. You see, I had a kiaros moment while reading an article about a girl who wore a black dress to raise money to fight trafficking. It was, well, interesting. The idea tugged at me and for some reason, this time, I paid attention. I didn’t want to, but I knew I could do something similar. I decided to bravely step forward and wear the same little black dress for a month to raise funds and awareness for a justice issue.

What a Little Act of Bravery Can Become

Although it was exciting to defiantly take a stand for an issue I cared about in a challenging and unique way, I still felt lonely and silly–especially because I decided to post pictures in my little black dress daily! To make it more uncomfortable, sometimes I’d find myself in very awkward conversations when admiring friends would demand me to explain this “good thing” I was doing.

However, two people were so inspired by my act of bravery that they joined me in their own black item of clothing. To my surprise, by the end of the month, not only were people more aware of the issue I was advocating for, but we also raised over a thousand dollars. The next year, a few more people joined us, and a few more joined us the following year. And this is how the LBD.Project was born, where ordinary people like me wear the same black item of clothing through the month of March to do something, bringing freedom to modern slaves.

We are about to embark on our seventh year and so far the LBD.Project has raised over $50,000 to help organizations around the world bring freedom to trafficking victims. This money has gone to help both girls and boys receive a place to stay, counseling, and medical care and re-entry support after a life of being sexually used. It has helped escaping victims get away from their traffickers, and paid for a court case against perpetrators. It has helped provide long-term rehab, prevention education for at-risk girls, warnings and a helpline for escaping refugees, as well as rescue operations. This is how our money in $10 increments has brought freedom.

And although there have never been too many of us, our participants have included men, women, and children and they live around the globe. Thankfully, people around us have begun to recognize human trafficking cases and prevent the exploitation of those at risk because of the LBD.Project. We’ve also able to come alongside local anti-trafficking organizations, serving them by helping carry their burden of creating long-term donors and volunteers.

Even if just a little bit, together we’ve changed the world! We should never underestimate what a little act of bravery in the mundane can accomplish.

Building Bravery Through the LBD.Project

In her new book, Being Brave, Kelly encourages her readers to be bold, resilient, authentic, 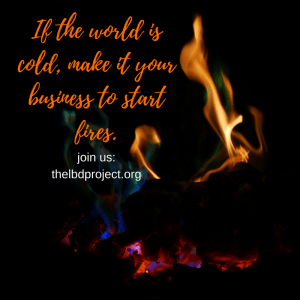 vulnerable and engaged. I am far from having all those characteristics down, but this project still challenges me in each of these areas. For me, the LBD.Project is now my mundane, an every-March routine with regularly scheduled work. But God still intersects the routine of the LBD.Project with kiaros moments, leading me to new acts of bravery. Sometimes this might look like boldly inviting someone intimidatingly influential to join us and sometimes it looks like the building my resilience when they decline my invitation.

In our mundane, bravery often shows itself through perseverance, as we appreciate the stories already taking place. But it is within this same mundane that God’s interesting moments are waiting for us to notice. As we bravely respond, we just might be giving life to new, and sometimes even world changing, stories.

Helping You Look for Kiaros Moments

1.) What stories in the mundane are you living that you can appreciate as you bravely persevere?

2.) Has there been something “interesting,” tugging at you, or that you are aware of that you need          to intentionally take some time to process?

3.) Do you dislike human trafficking?

4.) Do you think the LBD.Project might be your next brave step? 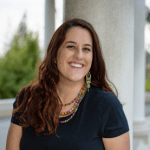 Elisa Johnston empowers ordinary people to make the difference they were born to make at Average Advocate, procrastinates on Instagram, and gets really excited about people bringing freedom to modern day slaves via the LBD.Project. 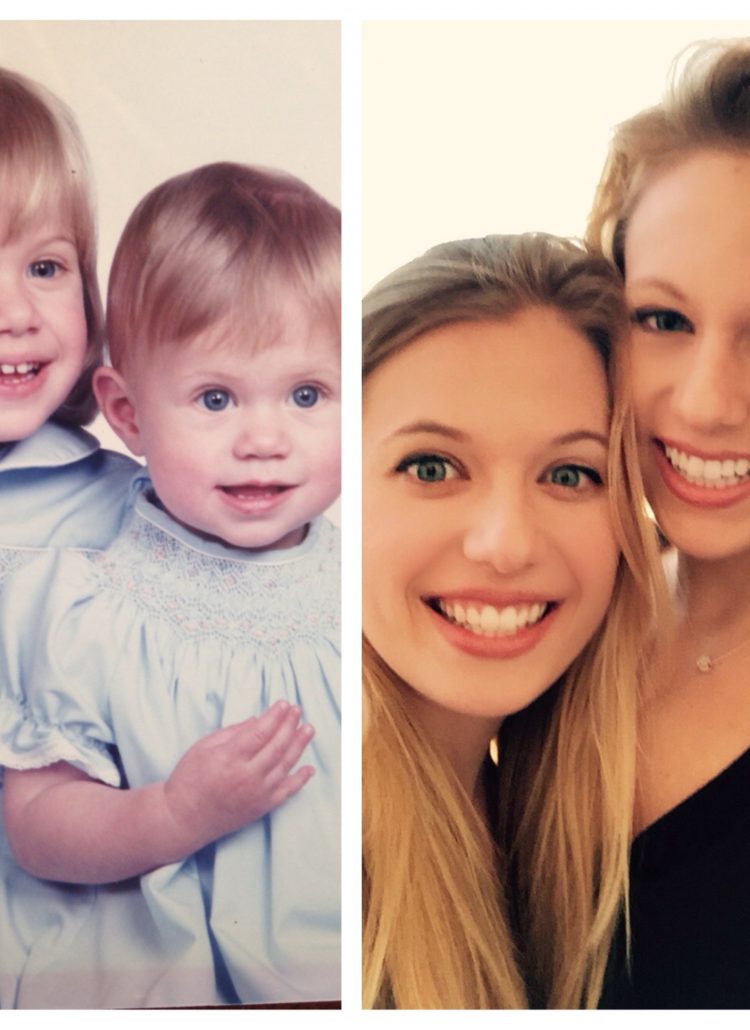 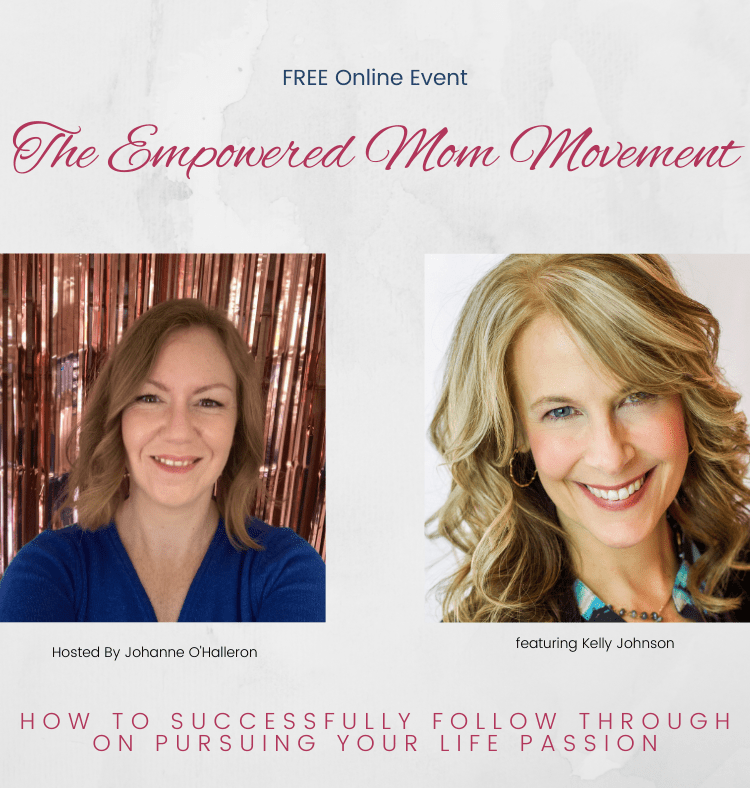 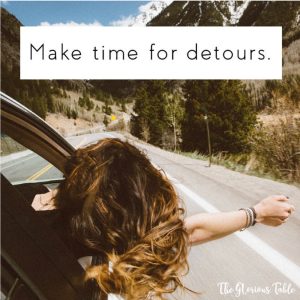 Three Life Lessons from the Road